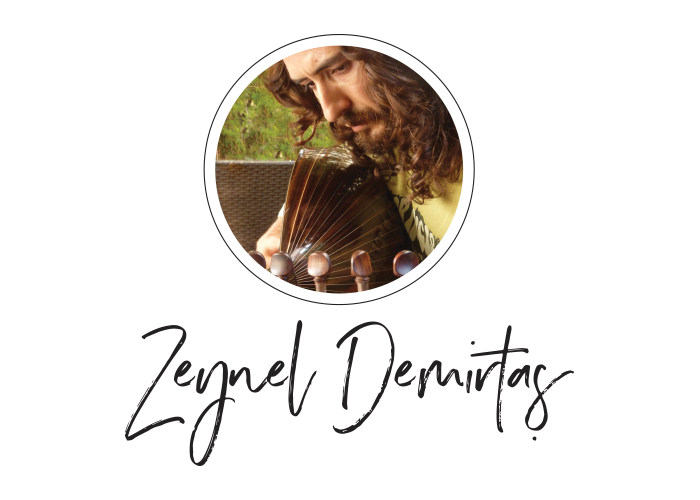 Who is Zeynel Demirtaş?

He was born in 1984 in Mersin. His music teacher in middle and high school, Hasan Kutlubay Mutlu, had a great influence on his tendency in music. He started oud training at his teacher’s oud training center after graduating from Yusuf Kalkavan Anatolian High School. Meanwhile, his family fully supported him.

He graduated from the conservatory 2016 and did a master degree in music at Okan University. Together with his education he started giving oud lessons at Ismek, which is associated with the Istanbul Metropolitan Municipality. For more than three years, he trained hundreds of students of all levels and ages.

He tried to pursue what he always wanted and believed in life. shortcuts. He improved himself with the experiences he accumulated on the way of life without taking the shortcuts. He improved himself further thanks to his curiosity and his obsession in details. Learning was a matter of patience and labor. By devoting his mind and heart in this, he aimed to convey what he knows to others. He wanted to reach and touch people who do not believe in physical distances like himself and started online education in addition to the face-to-face lessons. Because the love between him and the oud was indescribable from the moment he met the oud.

You will be able to improve much faster and more efficiently by doing technical exercises specific to your level and at the right time.